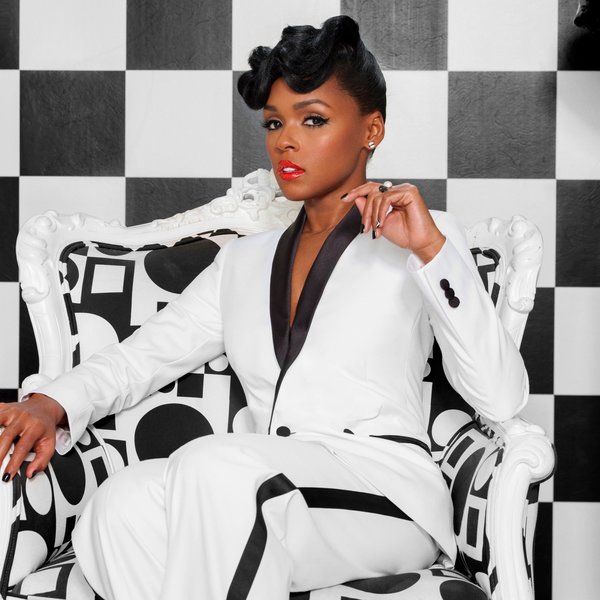 “Afrofuturism is me, us, as Black people, seeing ourselves in the future. Being as magical as we want to be.” –Janelle Monae

Why Afrofuturism? Because we have to imagine the future we want to see. Let’s start with a re-cap of our Octavia Butler discussion.

Octavia Butler’s work combines imagination with social, political, and even religious practice. It creates blueprints to find new ways to understand ourselves and the world around us. And, with its Afrofuture promise, it paints a vivid portrait of what the world could look like.

Octavia understood that these are the conditions that emerge when we are trapped in the imagination of racists, fundamentalists, and smart people addicted to hierarchy—people who don’t think of the whole; people who don’t love people like me who are black, queer, feminine of center, fat, wear glasses, etc. Octavia understood that we have to claim the space to imagine ourselves beyond this world.

In terms of lessons learned, what can we be doing to help our communities through dystopian times? What are some methods people can use to uproot injustice patterns in communities?

-switching our mindset: we’re conditioned to believe we’ll turn against each other, but being free of oppressive systems may unite us

-be self-disciplined, be accountable to community, be flexible to a larger vision, and recognize our agency

“We get to paint a different world, on our own terms. I get to be whatever I want to be through Afrofuturism.” –Janelle Monae

In our Afrofuturism discussions, we’ve been asking the questions “Where are we now?” “Where do we want to be?” and “How do we get there?” We can draw a straight line from Octavia Butler to Janelle Monae.

In Butler’s novel Wild Seed, which Monáe has cited repeatedly as one of her biggest influences, the main character has to survive alongside her oppressor through a combination of sexual sagacity, empathy, and shape-shifting. Donna Haraway’s famous essay “A Cyborg Manifesto” explicitly draws comparisons between the hero of Wild Seed and the function of an android figure in “pitting her powers of transformation against genetic manipulations.”

Monáe borrows from Butler a focus on reclamation and restoration of the past as a path to both claiming individual identity and living with and within an oppressive society. In Monáe’s work, finding a connection to a history that’s been taken from you is a crucial part of resistance and self-empowerment.

Who is Janelle Monae? (a question that she asks and begins to answer with Dirty Computer)

Janelle Monae was born December 1, 1985, to a mom who worked as a janitor and a dad who was in the middle of a 21-year battle with crack addiction. Her parents separated when Monáe was less than a year old. She grew up in a massive, devoutly Baptist family in Kansas City, Kansas. She studied extensively in her journey and eventually her music caught the attention of Big Boi (Outkast) who introduced her to Sean Combs. The rest is history.

She is signed to her own imprint, Wondaland Arts Society, and Atlantic Records (Monáe has become one of the few black women who run their own independent record label in conjunction with a major record label). Besides being a singer and songwriter, for which she has received six Grammy Award nominations, she’s a CoverGirl spokeswoman and had roles in two feature films, Hidden Figures and Moonlight.

– Partly inspired by the 1927 film, Metropolis, it was originally conceived as a concept album in four parts, or “suites”

– involves the fictional tale of Cindi Mayweather, a messianic android sent back in time to free the citizens of Metropolis from The Great Divide, a secret society that uses time travel to suppress freedom and love.

-Janelle Monae says this about her alter ego: “Cindi Mayweather is an android and I love speaking about the android because they are the new “other”. People are afraid of the other and I believe we’re going to live in a world with androids because of technology and the way it advances. The first album she was running because she had fallen in love with a human and she was being disassembled for that…And I feel like all of us, whether in the majority or the minority, felt like the Other at some point.” This is when Prince became a fan/mentor.

-The second and third suites of Metropolis

Her second studio album, The Electric Lady, was released in September 2013, to critical acclaim.

-Monáe’s first single from The Electric Lady, “Q.U.E.E.N.”, featuring Erykah Badu, premiered on SoundCloud and made available for download purchase at the iTunes Store on April 23, 2013. “Q.U.E.E.N.” garnered 31,000 digital sales according to Nielsen Soundscan with the accompanying music video gaining four million YouTube views within its first week of release.

In her 2013 interview with fuse, Monáe states that “Q.U.E.E.N.” was inspired by conversations she shared with Erykah Badu about the treatment of marginalized people, especially African-American women, and the title is an acronym “for those who are marginalized”; Q standing for the queer community (QUEER was the original name of the project), U standing for the “untouchables”, the first E standing for “emigrants”, the latter standing for “excommunicated” and N standing for “negroid”.

-In 2015, with members of Wondaland, she created “Hell You Talmbout,” which demands we say the names of black Americans who have been victims of racial violence and police brutality. -Before #MeToo and Time’s Up, Monáe created an organization, Fem the Future, which stemmed from her frustrations about opportunities for women in the music industry.

“Dirty Computer” is a homage to women and the spectrum of sexual identities. The songs can be grouped into three loose categories: Reckoning, Celebration and Reclamation.

– “D’Jango Jane” is an ode to black power and pride that is also a dirge about the struggles that come with that heritage.

The emotion picture “follows a young woman, played by Monáe, on the run from an authoritarian government that hunts down so-called deviants and “cleans” them by erasing their memories. Those memories serve as the musical interludes (the videos) amid the drama.”

TABLE DISCUSSION: “Monáe has spent a lifetime perfecting the art of being a pop star who isn’t a sexual object. Discretion is a survival strategy, a coping mechanism especially useful for black women living in the public eye. But she has now made an explicit album about sexual expression and identity that is somehow still shrouded in ambiguity.”

As an advocate of women and queer issues – how does this help us imagine a different future? Especially in light of the patriarchy, misogyny, and homophobia in our music and culture?

Let’s find ways to do this. Together.