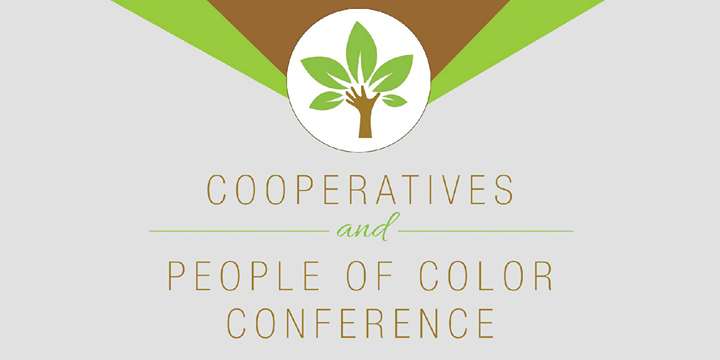 Cooperatives and People of Color Conference

Join us on October 20 as speakers from across the country share their stories of how cooperatives have impacted their lives and their communities.

Co-ops have the potential to create jobs, empower individuals and strengthen communities. This business model can provide a path toward more self-sufficiency and greater economic potential. The conference will provide information about “Building Social Capital Through Cooperatives”.

Raul Figueroa Raul Figueroa is a community organizer with Fuerza Laboral, a grassroots workers’ center located in Central Falls, Rhode Island. Originally from El Salvador, Raul moved to the U.S. when he was 19. A child during the civil war in El Salvador, Raul knows first hand the way U.S. imperialism caused and continues to cause havoc and how capitalism and racism interact to oppress immigrant workers today. Growing up during a time of constant distress and economic challenges understands the importance of workers cooperatives as way to creating our own economic ecosystem to lift our communities out of poverty and into a path of prosperity and job stability. https://www.fuerza-laboral.org/

Iya’falola H. Omobola Hailing from Cleveland, OH in 1955 and raised by activist parents, Iya’falola H. Omobola has followed the path of both spiritual and political activism all of her life. She is a one of the founders and co-director of Cooperation Jackson, co-anchors its Community Production Center and anchors the People’s Grocery and the Revolutionary Resonance Arts and Culture working groups within its federation of emerging worker-owner cooperatives. http://www.cooperationjackson.org/

Malik Yakini Malik Kenyatta Yakini is a founder and the Executive Director of the Detroit Black Community Food Security Network (DBCFSN). DBCFSN operates a seven-acre urban farm and is spearheading the opening of a co-op grocery store in Detroit’s North End. Yakini views the “good food revolution” as part of the larger movement for freedom, justice and equality. https://detroitblackfoodsecurity.org/

Sohnie Black Sohnie Black joined the F4DC staff in 2012 as a community organizer. A native of Winston-Salem, she has lived in Greensboro for 35 years. Sohnie brings with her a lifelong passion for justice and community organizing. At F4DC she focuses on food access, democratic ownership of natural resources, and ecological sustainability. Sohnie is deeply involved in the Renaissance Community Co-op project with our partners in Northeast Greensboro. She believes great cities are built through organized and empowered neighborhoods that are resilient, sustainable and democratic. https://f4dc.org/