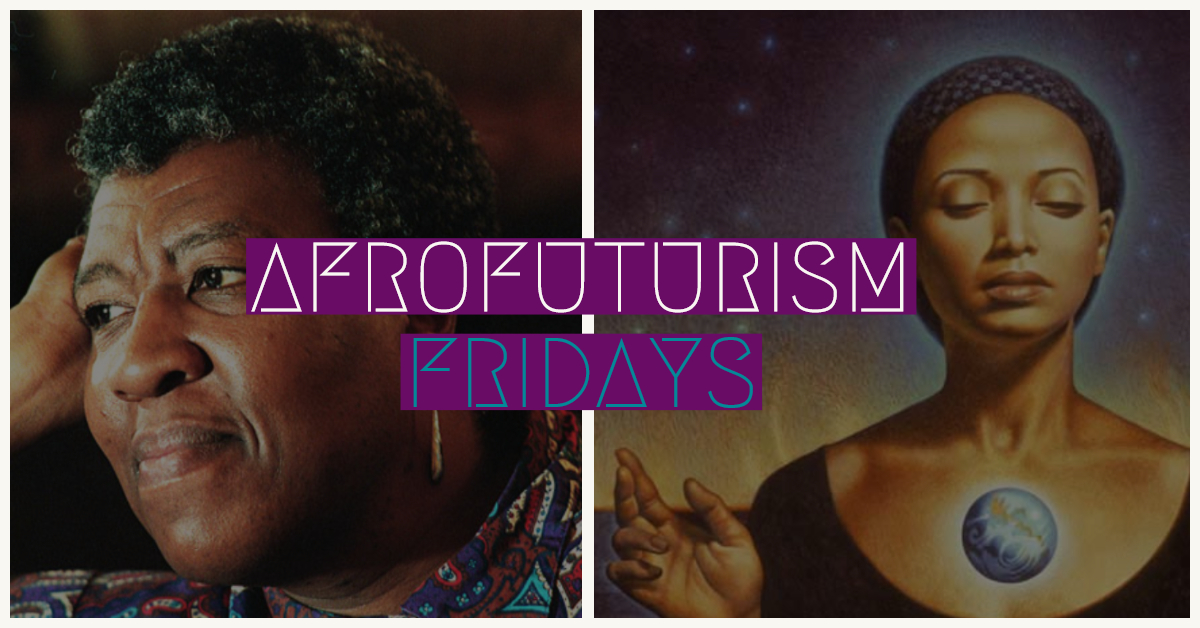 What are you doing to prepare for the future?

-Octavia Butler, Parable of the Talents

Octavia Butler has said that she came to this vision of the future by imagining our current problems progressing unchecked to their logical ends. How prescient was Butler? That above quote was about a presidential candidate running on the platform “Make America Great Again” … in 1998. And that was in the sequel to her seminal work, Parable of the Sower.

Octavia Butler’s work combines imagination with social, political, and even religious practice. It creates blueprints to find new ways to understand ourselves and the world around us. And, with its Afrofuture promise, it paints a vivid portrait of what the world could look like. In our discussion we’ll be looking at themes in the book focusing on community strategies to survive a dystopian landscape as well as a discussion on what transformative justice may look like.

For those who won’t have a chance to read the book, we will get you caught up. Don’t miss out on the discussion as we dream and build together.

Born in 1947 in Pasadena, California, her mother was a maid and her father a shoe shine man who died when she was seven. She was raised in a strict Baptist home by her mother and grandmother. Though introverted and socially awkward, and having severe dyslexia, she spent hours reading science fiction and fantasy in her public library.

When she was 10, she saw the B-movie “Devil Girl from Mars” which changed her life. She had two epiphanies: “Someone got paid to write that.” And “I could write better than that.” So she convinced her mom to buy her a typewriter.

A well-intentioned aunt told her that “Negroes can’t be writers.”

She graduated high school in 1965 and began to take night classes at a local community college. She entered and won a fiction writing contest with a draft that would become Kindred, her best selling novel. While working a series of temp jobs, she was encouraged by science fiction great, Harlan Ellison, to keep writing.

In 1984, her short story Speech Sounds” (about the unraveling of civilization when a disease renders everyone mute) won the Hugo for Best Short Story. The next year she won the Hugo and Locus Awards for her novella Bloodchild. Parable of the Sower came out in 1993 and Parable of the Talents in 1998, the latter won the Nebula Award for Best Science Fiction novel. In 1995 she became the first science fiction writer to win a MacArthur “Genius” Award.

The Parable series was supposed to be at least a trilogy, but researching it proved too depressing for her so she gave herself a break by writing a science fiction vampire novel called Fledgling. It was her 14th and final book. She died of a stroke in 2006.

This program has been made possible through a grant from Indiana Humanities in cooperation with the National Endowment for the Humanities along with support from the Central Indiana Community Foundation.